Originally from the east coast, John now resides in beautiful Billings, Montana! A singer-songwriter with roots in folk, country and blues, John draws his style and inspiration from the greats. Imagine if John Prine and James Taylor had a baby... then throw in a little Paul Simon, John Denver, and Chet Atkins, and you start to get the idea. John plays exclusively finger-style acoustic guitar and his shows are a blend of original songs, fan-favorite covers, and usually one or two silly songs thrown in for good measure.

John started performing in an acoustic trio in college called The Other Brothers (you've heard of the Righteous Brothers, the Everly Brothers, the Smothers Brothers... Well, they were the Other Brothers...). The Other Brothers played the bar and college scene in and around Baltimore, Maryland during the late 80's, and had a small and very disturbed following. After college, the band went their separate ways, and John switched to solo gigs for a few years. It was during that time that he took up songwriting.

In the early 90's John went to Nashville and recorded a "demo" album of his early songs called Halo Moon. The producer/talent scout convinced him that he needed to have that "Nashville Sound" to be noticed. So it was an album full of country riffs, weeping steel guitars, driving drums and thumping bass-lines. It sounded OK - but, it wasn't true to John's nature, acoustic guitar in a traditional "folk" style.

John has returned to his roots and now performs almost exclusively as a solo-artist... the consummate Man and his Guitar.

For Bookings and Information: 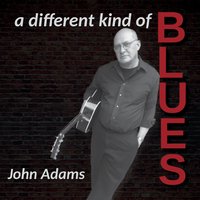 Read Blues Hall of Fame Drummer, Eric Selby's recommendation!
Actions Speak Louder
A Different Kind of Blues
A Simple Life
Everything Changed
Fools and Children
Just Friends
Old Man
The Old Cowboy's Waltz
The Same Old Blues
Time to Rebuild My Heart
You Were There
Out of print, download wherever you get your digital music. 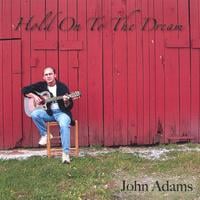 Rain
The Old Cowboy's Waltz
40 Years (God Surely Smiled)
Another Day, Another Debt
Hi-Tech Sheep
I Still Do
A Better Day a Comin'
Walkin Down a Dirt Road
A Prayer for Us
Sunrise Over South Mountain
Cinco De Mayo
Someday We'll Meet Again
Hold on to the Dream
Out of print, download wherever you get your digital music. 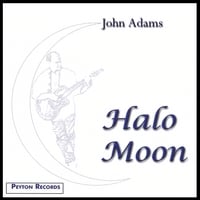 ISO (I'm your man)
I Love You Girl
When Was It?
Sending out a Love Song
Me and Ranger Doug
She Completes Me
The Little White House
Out of print, click image to download via CD Baby!

New Projects in the Works...

Eric Selby on "A Different Kind of Blues"

If your dig original acoustic, singer/songwriter and great folk music, I highly recommend you pick up this wonderful release.
Congratulations, John!

This guy is ENTERTAINING!!!

Easy listening blend of great vocals, guitar and a dash of humor. He'll keep your attention and make you wish he would play all night!

John's mix of funny lyrics and touching heart felt folk-type songs is a true measure of his song writing/singing talent. He has managed to create the type of CD that can make you laugh and cry. Can't wait to see/hear his next piece of art! Brilliant job!